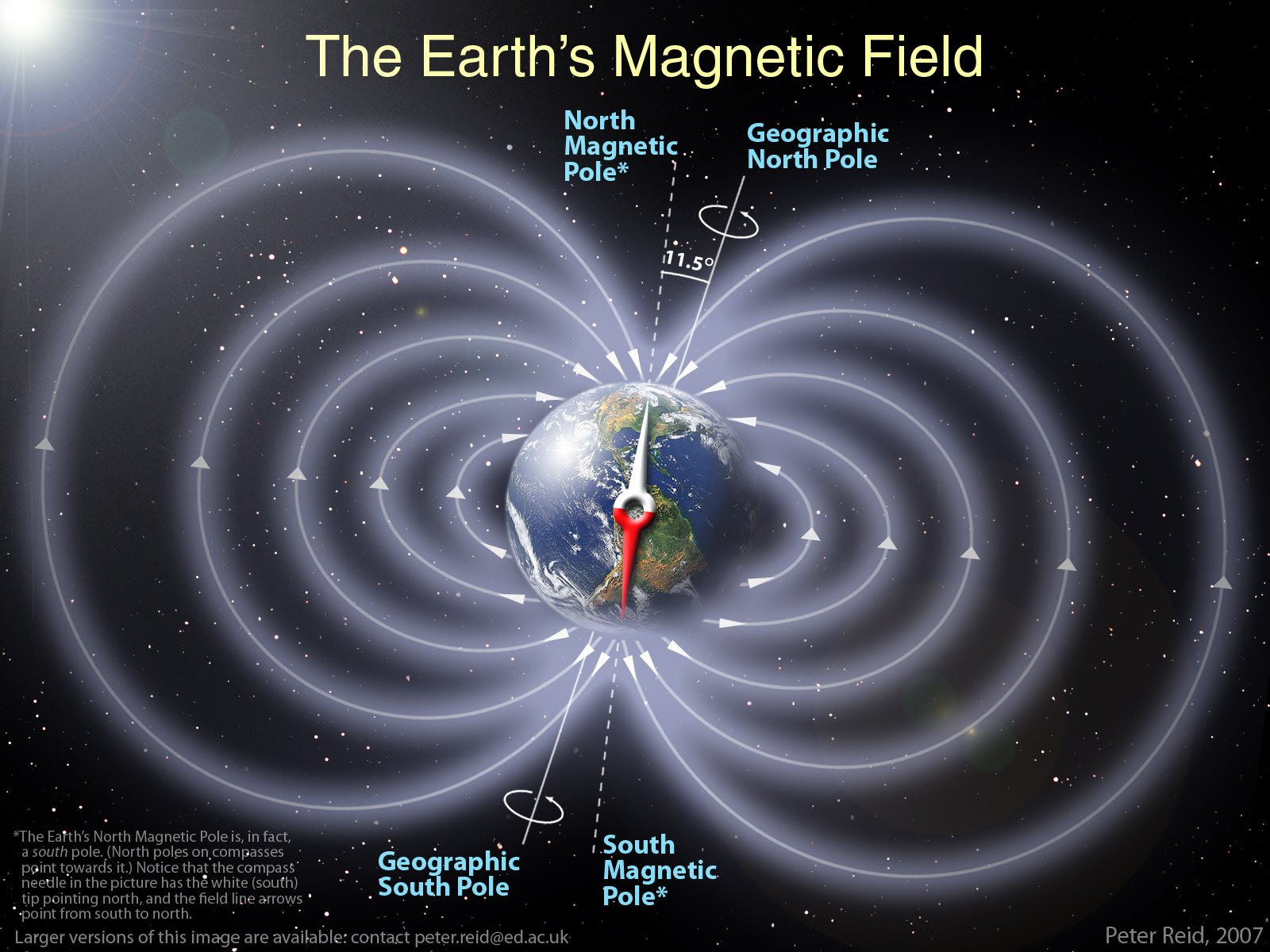 A new research has determined that Earth's north magnetic pole is racing toward Russia at almost 40 miles (64 kilometers) a year due to magnetic changes in the planet's core.

The core is too deep for scientists to directly detect its magnetic field. But researchers can infer the field's movements by tracking how Earth's magnetic field has been changing at the surface and in space. ow, according to a report in National Geographic News, newly analyzed data suggest that there's a region of rapidly changing magnetism on the core's surface, possibly being created by a mysterious "plume" of magnetism arising from deeper in the core.

"It's this region that could be pulling the magnetic pole away from its long-time location in northern Canada," said Arnaud Chulliat, a geophysicist at the Institut de Physique du Globe de Paris in France.

Magnetic north, which is the place where compass needles actually point, is near but not exactly in the same place as the geographic North Pole.

Navigators have used magnetic north for centuries to orient themselves when they are far from recognizable landmarks.

Although global positioning systems have largely replaced such traditional techniques, many people still find compasses useful for getting around underwater and underground where GPS satellites can't communicate.

The magnetic north pole had moved little from the time scientists first located it in 1831.

Then in 1904, the pole began shifting northeastward at a steady pace of about 9 miles (15 kilometers) a year.

A rapidly shifting magnetic pole means that magnetic-field maps need to be updated more often to allow compass users to make the crucial adjustment from magnetic north to true North.

Geologists think Earth has a magnetic field because the core is made up of a solid iron center surrounded by rapidly spinning liquid rock.

This creates a "dynamo" that drives our magnetic field. cientists had long suspected that, since the molten core is constantly moving, changes in its magnetism might be affecting the surface location of magnetic north.

Although the new research seems to back up this idea, Chulliat is skeptical whether magnetic north will eventually cross into Russia.

"It's too difficult to forecast," Chulliat said.