Home » technology » The iPad is Not A Kindle Killer; Blame the Display

The iPad is Not A Kindle Killer; Blame the Display 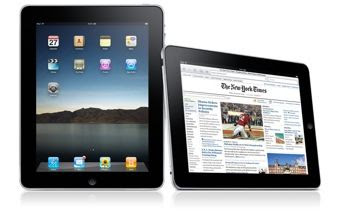 The iPad, the much-anticipated Apple tablet computer announced today, is not going to revolutionize the display industry. It doesn’t sport a bright OLED display; it isn’t wearing the latest Pixel Qi technology that combines normal transmissive LCD technology with a black-and-white reflective version for easy viewing in bright sunlight.


The iPad simply uses a liquid crystal display backlit with light emitting diodes, the kind of display you see today on many flat screen televisions and computer monitors. The particular type of liquid crystal display—in-plane switching—has two transistors per crystal, one more than standard thin-film transistor LCDs. This kind of display needs a brighter backlight, so has been less common in the laptop area, but has a bigger viewing angle.

Apple’s choice to go with LCD technology isn’t particularly surprising; the iPad will be used to display photos and videos, and to do that needs a full-color, full-motion display. So e-ink and its monochrome brethren are out. OLED technology, right now, is just too expensive. And Pixel Qi is a compromise; it gives up a bit in color saturation to pick up that visibility in sunlight. Steve Jobs isn’t one to compromise.
But the choice of LCD technology means that, in spite of the library of e-books that will be available for the iPad, this device no e-book reader. While I’m not an e-book convert myself, the folks I know who carry Kindles with them read them outdoors as much as in, often in sunlight; that just won’t be possible with this LCD display. And, even indoors, they swear that the reading experience—in particular, the eyestrain—is much different than that on an LCD display
Read: How the Google-Apple Cloud Computer Will Work»
The iPad will, however, impact the world of displays, says Jason Heikenfeld, an associate professor in the Novel Devices Laboratory at the University of Cincinnati, because, with its ability to allow magazines and other publications to be sold with the ease of an iTunes track, it “will increase the movement to digital media.” This will up the demand for a do-it-all display that can display full color motion video as well as easy to read text, and may speed up the advance of the state of the art.
Over at the FX Palo Alto Laboratory (a subsidiary of Fuji Xerox), a group of scientists looking at how best to read and navigate electronic documents on portable devices is also encouraged by the iPad. While the current reading applications don’t go beyond the state of the art, says researcher Scott Carter, “the form factor coupled with the screen capabilities should facilitate new media-rich reader applications as well as interactive collection browsing apps” that will make all our lives easier.
Thanks to IEEE Spectrum