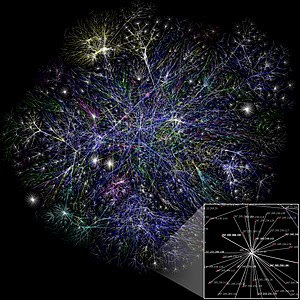 Image via Wikipedia
After a year long consistent rise nginx is experiencing a loss for a second month in a row as inactive weblogs on WordPress and 163.com are expired out of the survey. This month nginx had a decrease of 1.5M hostnames, which brings its total down to the number of hostnames it had in October.The biggest change of the month belongs to Apache with a 1.6M increase in hostnames. It was closely followed by Microsoft which saw a growth of 1.1M.


China Internet Network Information Center has recently announced a change in the .cn domain name registration regulations. Since December 14th individuals can no longer register .cn domains and a paper application has to be submitted to register one along with photocopies of the company business license and registrant ID. While this has reduced the frequency of .cn domains in spam, it does not seem to have affected the growth of the domain. Netcraft has discovered 49k new hostnames in .cn this month, compared to 37k in December, 59k in November and 39k in October.

Totals for Active Servers Across All Domains
June 2000 - February 2010

The above data was taken from NET craft Do visit their site for more.