Wikileaks.org. The moment you enter the website you find a larger hyperlink “SUBMIT DOCUMENTS”. Wikileaks is basically a whistler blower website where anyone can leak classified or confidential documents they possesses. Wikileaks is no where related to “WIKIPEDIA” as many people think it is! Here are the complete technical details about how wikileaks operate their website and who operates it.

Wikileaks suddenly came into light with its “collateral damage” video which showcased the outrageous assault by the us maries on the media officials in IRAQ, who earlier were misidentified as terrorists by US maries.

Now, with the recent 90000+ afghan war documents leak it has literally shaken the world. So, how does this website operate? who’s behind it? let us have the opportunity to guide you through these!

WikiLeaks, which runs on funding from donors, has been rather secretive about how it operates. 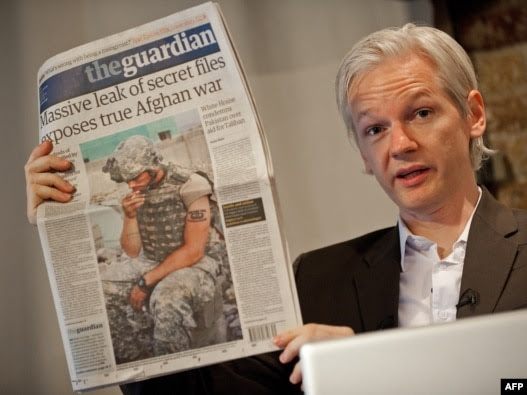 But essentially the idea behind the site is this: People who have access to controversial or classified documents can send them to the site, either through the internet or through the mail.

In this way, the site differs from traditional "wikis," such as Wikipedia, which can be edited and changed by anyone at any time.

Only approved information ends up on the WikiLeaks site, but anyone is free to submit documents he or she believes should be made public.

WikiLeaks offers these whistle-blowers anonymity and, to a degree, legal protection.

Since WikiLeaks is in the business of publishing information that governments and multinational corporations want kept secret, the site employs some technical tricks that aim to keep it from crashing or being hacked.

The site keeps servers on multiple continents, and its sensitive information passes through countries -- such as Sweden, Iceland and Belgium -- that have offered WikiLeaks a degree of legal protection.

"We use this state-of-the-art encryption to bounce stuff around the internet to hide trails -- pass it through legal jurisdictions like Sweden and Belgium to enact those legal protections," the site's controversial editor, Julian Assange, said in an onstage interview at the TED Global conference on July 20.

The fact that WikiLeaks' servers and volunteers are all over the globe makes it, in effect, the "world's first stateless news organization," writes Jay Rosen, a journalism professor at New York University.

Rosen says this is key to the site's ability to protect itself.

"WikiLeaks is organized so that if the crackdown comes in one country, the servers can be switched on in another," he writes. "This is meant to put it beyond the reach of any government or legal system."
Assange reportedly has spent his life developing the tech skills needed to set up such a system.

"As a teenager in Melbourne, Australia, he belonged to a hacker collective called the International Subversives," writes the magazine Mother Jones.

He eventually pleaded guilty to multiple counts "of breaking into Australian government and commercial websites to test their security gaps, but was released on bond for good behavior."
Posted by Karthik