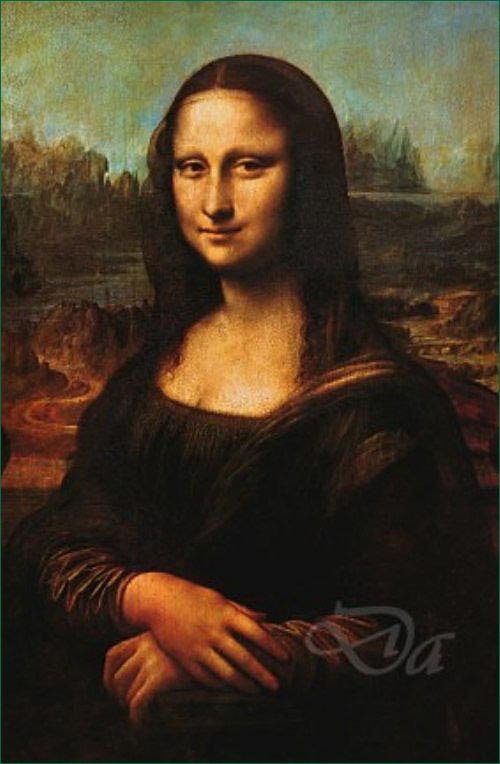 The famous smile of Mona Lisa, the magnum opus of Leonardo da Vinci, is no more a secret as scientists have decoded the technique how the Renaissance-era painter created a special effect to show the enigmatic expression.


According to the experts, the artist managed to achieve his trademark smoky effect, known as sfumato, on the painting by applying up to 40 layers of extremely thin glaze thought to have been smeared on with his fingers.

The glaze, mixed with subtly different pigments, creates the slight blurring and shadows around the mouth that give Mona Lisa her barely noticeable smile that seems to disappear when looked at directly.

With the help of X-rays, the researchers were able to see how the layers of glaze and paint had been built up to varying levels on the face, The Telegraph reported.

With the drying times for the glaze taking months, such effects would have taken years to achieve.
The findings also suggest that he used his fingers to apply the glaze as there are no brush marks or contours visible on the paintings.

Writing in the scientific journal Angewandle Chemie, Philippe Walter, who led the study, said: 'The perfection of Leonardo da Vinci's painting technique has always been fascinating.

'The gradation of tones or colors from light to dark is barely perceptible. Above all, the way the flesh is rendered gives rise to many comments because of its crucial role in the fascination exerted by Leonardo's portraits.

'Even today, Leonardo's realization of such thin layers still remains an amazing feat,' Walter said.
The team also studied skin tones in six other of Leonardo's most famous paintings, including 'Virgin of the Rocks', 'Madonna of the Carnation', 'Saint John the Baptist' and the 'Virgin and the Child'.

Walter and his team believe that Leonardo experimented by creating different types of glaze and with different pigments to perfect the sfumato effect.

Professor Francis Ames-Lewis, vice-president of the Leonardo da Vinci Society, said: 'Leonardo da Vinci was concerned with producing smooth tonal gradients from light to dark without any perceptible change like we see in real life and sfumato was essential to this.

VIA [Yahoo]
Posted by Karthik