Decoding the mystery of TAJ MAHAL

A series of facebook [video] share’s from my friends about the “TAJ CONSPIRACY” made me to actually blog about the conspiracy surrounding one of the WONDER of the world The TAJ MAHAL.

We all learnt that Taj Mahal was built by Shah Jahan as a token of remembrance for his wife Mumtaz Mahal death. It took 22 years to build this momentous structure at a cost of many human lives, still it is one of the wonders in the world! We didn’t question the history. But one did, P.N OAK who believes that the whole world has been duped. He wrote a book “ Taj Mahal:The True Story.”


Probably there is no one who has been duped at least once in a lifetime. But can the whole world be duped? This may seem impossible. But in the matter of Indian and world history the world can be duped in many respects for hundreds of years and still continues to be duped. The world famous Tajmahal is a glaring instance. For all the time, money and energy that people over the world spend in visiting the Tajmahal, they are dished out of concoction. Contrary to what visitors are made to believe the Taj Mahal is not a Islamic mausoleum but an ancient Shiva Temple known as Tejo Mahalaya which the 5th generation Moghul Emperor Shahjahan commandeered from the then Maharaja of Jaipur.

Here are the eye brow raising findings from a man who questioned the history P N oak’s book. These are the brief and main points with which he argued about the taj being a temple. 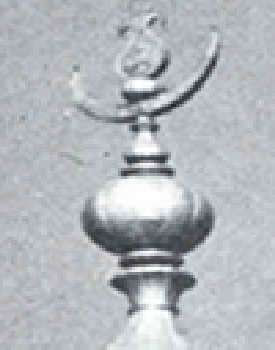 While visiting the Taj Mahal many years ago, P.N. Oak noticed that the ornament atop the roof of this world-famous "Muslim" structure not only had the crescent moon, which he later decided the Muslims had appropriated from the Hindus, but also at the top, the Lotus flower, which has never been a Muslim symbol, but which Hindus use extensively.....Associating it with Lord Shiva, and many more of the gods and goddesses that supposedly Islam is totally against!

Oak writes: "This is the Dhatura flower essential for Hindu Shiva worship.The flower is depicted in the shape of the sacred esoteric Hindu incantation 'OM'. Embossed designs of this blooming 'OM' are drawn over the exterior of the octagonal central sanctum of Shiva where now a fake grave in Mumtaz's name, has been planted. ....While perambulating around the central chamber [ofTaj Mahal] one may see such 'OM' designs all along the exterior surface of the marble wall." [from Oak's web site]

This is just one side of the coin. Muslim groups are strongly refusing Oak’s so called “REASEARCH” calling it as BLASPHEMY. [Read it here]


Whoever constructed it..what ever is the history.. it doesn't matter. Taj is Truly a wonder and pride of INDIA!


Trivia: Book that MR OAK has written was forbidden from publish by then…Indira gandhi’s government, who feared political backlash.

# There are still 22 rooms sealed in taj mahal, which arguably.. strengthens OAK’s argument.

Source: A simple internet search would get you lot's of info. But, we filtered out the irrelevant info.
Posted by Karthik