When we talk about world cup's, Olympics and any multi-disciplinary events the first thing that come's on our VIEW list is the Opening ceremony. Opening Ceremony sets the tone for the entire competitions. Hosting countries take this as an opportunity to show their MIGHT! What if something goes wrong in the process? No one can be perfect, this has been proved from time and again. Here we bring you the glitches fakes (call whatever you want) from the opening cermonies ceremonies

Amongst the sparkling fireworks and flawless dance routines it was nine-year-old, pigtailed Lin Miaoke who stole the show. But Beijing officials were forced to admit the pitch perfect voice wasn't that of Miaoke, but actually Yang Peiyi (pictured). Seven-year-old Peiyi had won a national competition to perform 'Hymn to the Motherland', but organisers deemed she was unsuitable for a starring role due to her buck teeth.
Barcelona Olympics, 1992 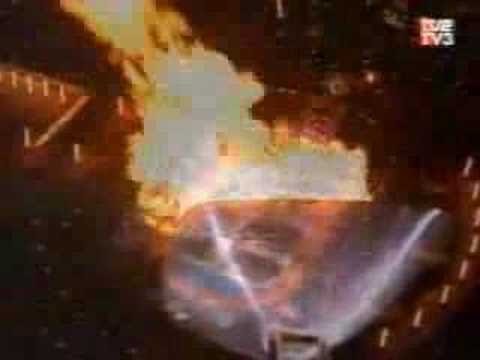 There were cauldron problems again at the very next Olympic Games. In a daring and inventive set-piece, paralympic archer Antonio Rebello fired a flaming arrow which lit up the cauldron. The arrow scorched over the crowd before landing in the cauldron bringing it roaring to life. Or so it seemed. Sharp sighted viewers pointed out that the arrow actually went over its target, but it wasn't a mistake. Organisers instructed Rebello to fire it too far, fearing the consequences had it fallen short.

As part of the opening ceremony for the Korean Olympics, a flock of doves were released into the stadium as a symbol of peace. But things turned for from peaceful for the birds when as the Olympic cauldron was lit, a number of doves were burnt alive. Organisers have since learnt their lesson - balloon doves were used for the 1994 Lillehammer Winter Games while paper imitations were set free in Atlanta in 1996.

Email ThisBlogThis!Share to TwitterShare to Facebook
Labels: Sports and physics