Top Tablet PC's and Information you need to know

Before you begin to see the latest technology it is always fascinating to see how far we came. The only way to check that is rewinding our techno tapes. Evolution of computers. So, if anybody asks you what is the latest computer in the market? What would you answer. One thing is for sure the answer can't be straight. Or we may even swap the computer word with the TABLET. So what is this TABLET? In simple terms, its a cross of laptop and netbook.

So what TABLETS are available in the market!
Exactly, let us look at the various tablets available in market at this point of time, along with some tablets which are yet to hit the markets.

The iPad is a tablet computer designed, developed and marketed by Apple primarily as a platform for audio-visual media including books, periodicals, movies, music, games, and web content. At about 1.5 pounds (680 grams), its size and weight fall between those of contemporary smartphones and laptop computers. Apple released the iPad in April 2010, and sold 3 million of the devices in 80 days.
Now iPad 2 is in production and all set to hit the markets within few months. 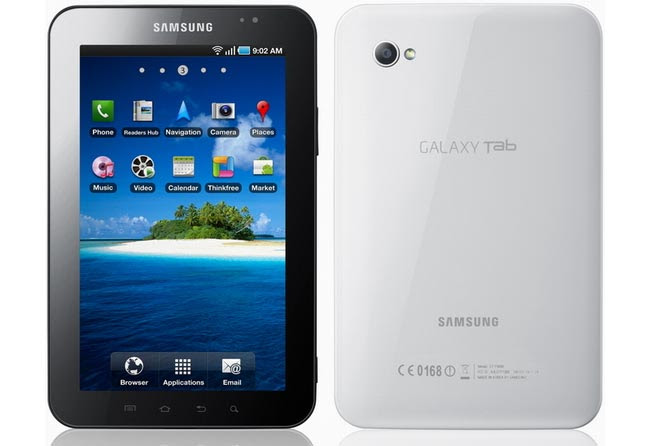 The Samsung Galaxy Tab is an Android-based compact tablet computer produced by Samsung that debuted on the 2nd of September at the 2010 IFA in Berlin.
The Galaxy Tab features a 7-inch (180 mm) TFT-LCD touchscreen, Wi-Fi capability, a 1.0 GHz ARM Cortex-A8 ("Hummingbird") processor, the Swype input system,a 3.2 MP rear-facing camera and a 1.3 MP front facing camera for video calls — running the Android 2.2 (Froyo) operating system It supports phone functionality.
It is a hit product in India.
HP SLATE:

HP slate is a multi touch tablet PC run on WINDOWS 7.It has a 3MP cam on back panel and a VGA cam on front panel. A 8.9" capacitive touch screen supports a screen resolution upto  1024 X 600 with a 1.86 GHz intel atom z540 processor with 2GB ram and 64GB on board memory with flash storage and supports USB 2.0.The Slate 500 also has support for a stylus pen/digitizer, to enable on-screen freehand drawing and writing.
Dell Streak

Dell Streak (previously known as the Mini 5) is a smartphone/tablet PC hybrid from Dell that uses the Android operating system. It comes with a 5-inch (13 cm)capacitive touchscreen and two cameras, a 5MP one with dual-LED flash on the back and a VGA-resolution one on the front for video calling; both are capable of video. It has HDMI out. Runs on android 2.2
Notion Ink Adam

The NotionINK Adam includes an Nvidia Tegra 250 processor with a 1 GHz Dual Core Cortex A9. Running Android 2.2 Froyo, the Adam incorporates a Notion Ink created overlay interface, calledEden, which is forward compatible (in fact, it incorporates modules from the successor to Froyo- 2.3 Gingerbread). Rohan Shravan, CEO of Notion Ink, has stated that his company is currently working on porting Android 3.0 Honeycomb to the product.
The Notion Ink Adam has two choices of screen, a Transflective Display made by Pixel Qi or an LCD,. Both screen choices are 10.1 in (260 mm) diagonal with a resolution of 1024 × 600. The device will measure 19.1 × 26.9 × 1.4 cm (7.5 × 10.6 × 0.51 in) and will weigh 730 g (1.6 lb).
A 185° swivel-camera is capable of facing the user (-5°) during video chatting, at 90° to capture a live lecture or meeting while the Adam is on a table, or at 180° for snapping photographs.
The Adam can be plugged into an HDTV through the HDMI port.

Yet to be released:
Blackberry Playbook 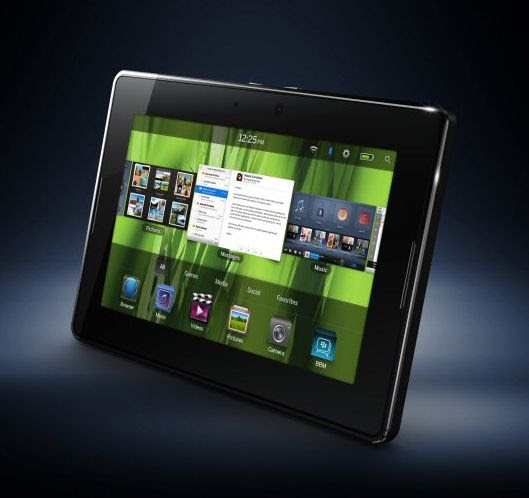 At only 9.7 mm thick, the Playbook is the first tablet with a width below 10 mm. The company expects to deliver the machine to enterprise customers and developers in October, and release it to consumers in early 2011, putting it in direct competition with Apple's iPad, a possible iPad successor and a slew of Android powered tablets] Also announced was a new operating system, the BlackBerry Tablet OS, based on QNX Neutrino, to run on the tablet.The tablet is equipped with a 7" WSVGA (1024x600) screen supporting multi-touch operation and gestures, in a form factor 5.1" x 7.6" x 0.4" (130mm x 193mm x 10mm) weighing 0.9 lb (400g).
Interactive video is well supported with two 1080p HD cameras for both forward and backward-facing views, 3MP and 5MP respectively. A micro-HDMI socket is provided for digital video output, and the screen and HDMI interface can display different images simultaneously.
Apart from the regular Hi-Fi tabs. India has come up with a worlds cheapest tablet! details.
Choose yours!


Which one do you prefer?Market Research