iPad2 vs Xoom vs LG slate vs Samsung tab.What to buy?

Tablet market has become more competitive and peppier with the introduction of iPad 2. iPad2 the new version of iPad is set to hit the US market on march 11th and all non US countries including high volume countries like Australia, japan, France, mexico etc on march 25th. So, are you one of them to stand sleep eat before the apple store to get the hands on ipad 2? We suggest you to think again. I found this interesting comparison of Motorola xoom, ipad2, Samsung galaxy tab and LG-G slate. 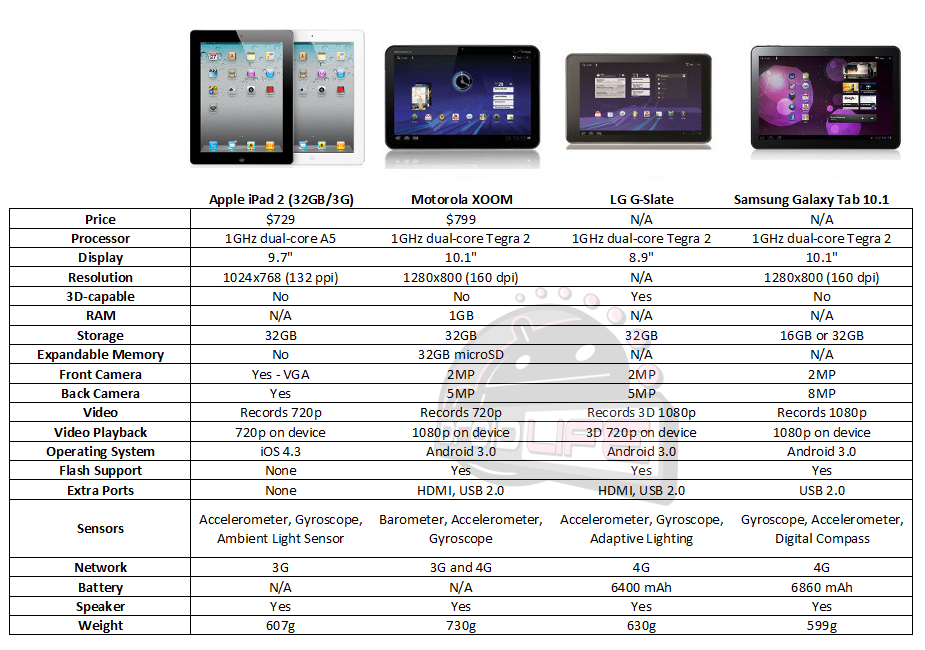 (click on the image to magnify)
Spot Light
Apple always failed to see the potential market of their products in India. It is just in the last month apple had officially launched iPad1 when the whole world was gearing up for iPad2. Apart from this, absence of USB port in iPad2 can have lethal effects in Indian market. Since it fails to answer the question "what happens if we are in an area with no 3G and WI-fi connectivity?" As you all know the USB internet connectivity is quite popular in India.(eg: tata photon)
So, what have you decided?
Posted by Karthik