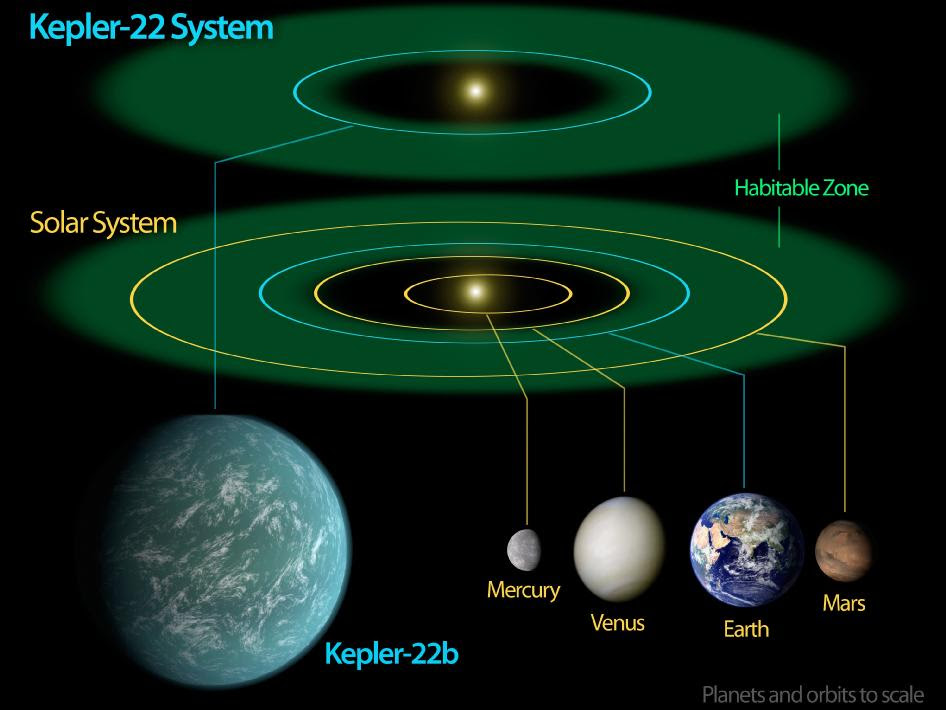 There are hundreds of new planets being discovered, ranging from few tens to hundreds of light years away. This particular planet which is about 600 light years away is said to have "Earth like Habitat" This means that the planet has all features of being another earth. Another life form?


Getting into the details about the discovery, NASA in its website has posted a detail note about the new discover, saying that

NASA's Kepler mission has confirmed its first planet in the "habitable zone," the region where liquid water could exist on a planet’s surface. Kepler also has discovered more than 1,000 new planet candidates, nearly doubling its previously known count. Ten of these candidates are near-Earth-size and orbit in the habitable zone of their host star. Candidates require follow-up observations to verify they are actual planets.

The newly confirmed planet, Kepler-22b, is the smallest yet found to orbit in the middle of the habitable zone of a star similar to our sun. The planet is about 2.4 times the radius of Earth. Scientists don't yet know if Kepler-22b has a predominantly rocky, gaseous or liquid composition, but its discovery is a step closer to finding Earth-like planets.

"This is a major milestone on the road to finding Earth's twin," said Douglas Hudgins, Kepler program scientist at NASA Headquarters in Washington. "Kepler's results continue to demonstrate the importance of NASA's science missions, which aim to answer some of the biggest questions about our place in the universe." Kepler discovers planets and planet candidates by measuring dips in the brightness of more than 150,000 stars to search for planets that cross in front, or "transit," the stars. Kepler requires at least three transits to verify a signal as a planet.